The influenza germ H1N1, better known as »pig influenza«, set off a worldwide panic in 2009 due to hysterical reportings by the media and a controversial pandemic-warning by the WHO.

Even in Germany media reportings were absolutely panic-stricken. By means of hysterical reportings several papers tried to profit economically from this panic. Most papers published alarming news. As a reaction I put mouthguards on the pig-sculptures on Sögestraße, Bremen and installed warning signs informing the passers about the ostensible threat. Unfortunately, this ironical analysis of the media phenomenon wasn't understood as an art-installation by everyone: One leading german yellow press-paper published pictures of the installation and reported about »unkonwn jokers« and referred to their own articles on the topic. 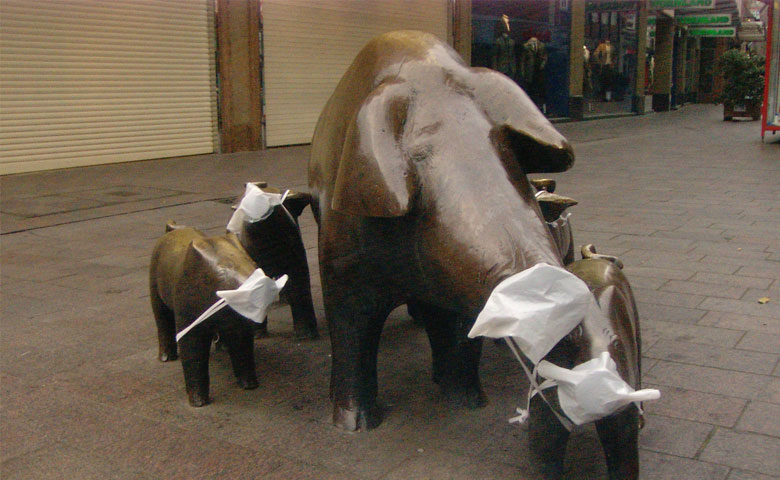 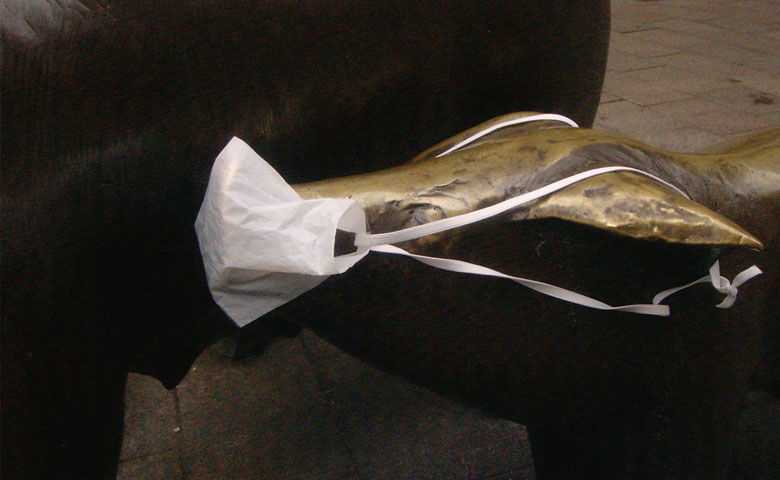