‘Die Glaubensmaschine’ (‘The Faith Machine’) visualises a transfer of rituals and beliefs by means of a technical paraliturgy. 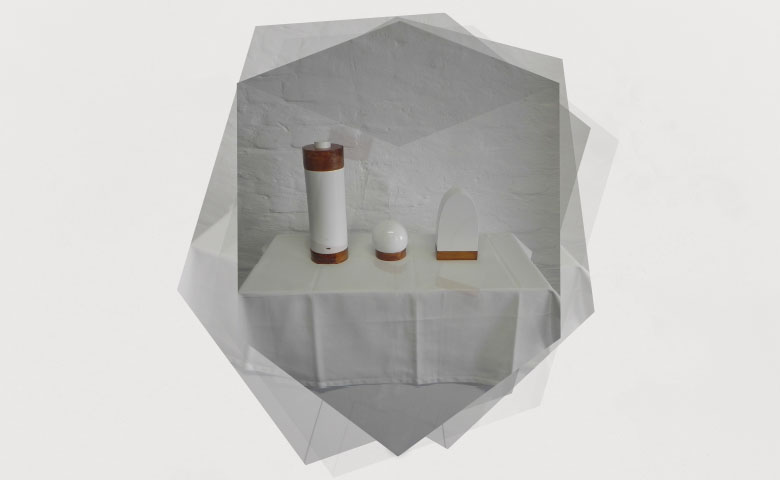 Based upon von Weizsäcker’s thesis that the belief in modern sciences is the predominant religion of our times, contemporary rituals of our everyday’s technical life are reshaped similar to those of the roman-catholic church.

Rituals are dynamic and transferable into certain symbolic contexts in that they function due to their interpassive dimension: Thus, it is not necessary to believe in religious symbols or contents to exercise religious acts.

Following and being based upon the theoretical framework, the Glaubensmaschine is inspired by the holy sacraments and applies them to the rituals of modern technics. Here the visual transfer of the rituals is emphasised.

The sacrament of baptism i.e., in which the candidate is sprinkled with holy water, matches with the ‘baptism’ of an electronic device with ‘holy’ current. Hence, the (re)charging of the accumulators may be seen in a religious context similar to this very sacrament. The device receives an inspiration of new life.

The technical paraliturgy serves as a common ground for the construction of three machines, which in turn embody these technical-religious fetishes. They offer the three most important ‘holy sacraments’ for electronic devices analogously to those offered by the church: Baptism, indulgence, and the anointing of the sick. 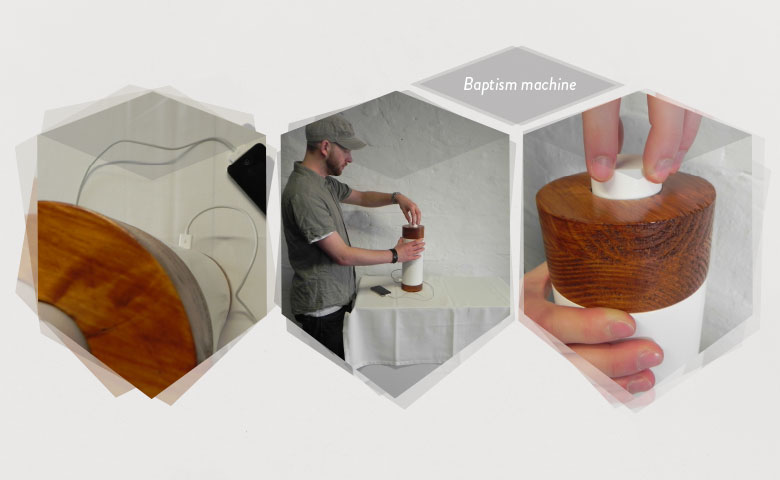 The baptism machine baptises another machine by transfering holy current. 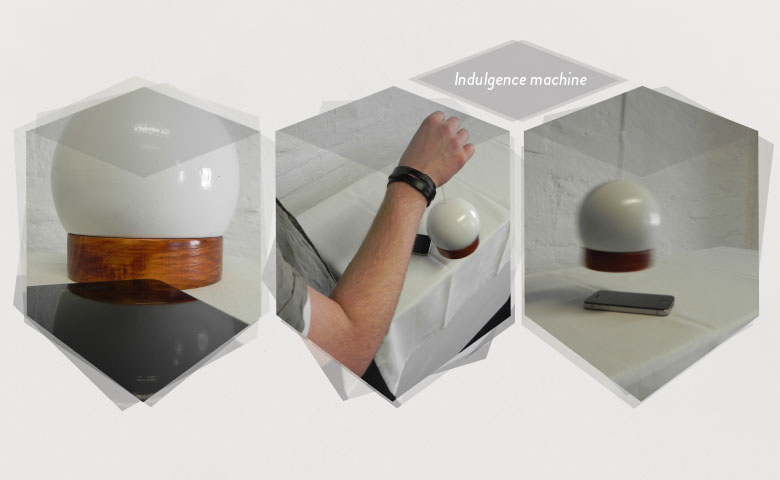 The indulgence machine sanctifies another machine by the irradiation with ultrasonic waves. 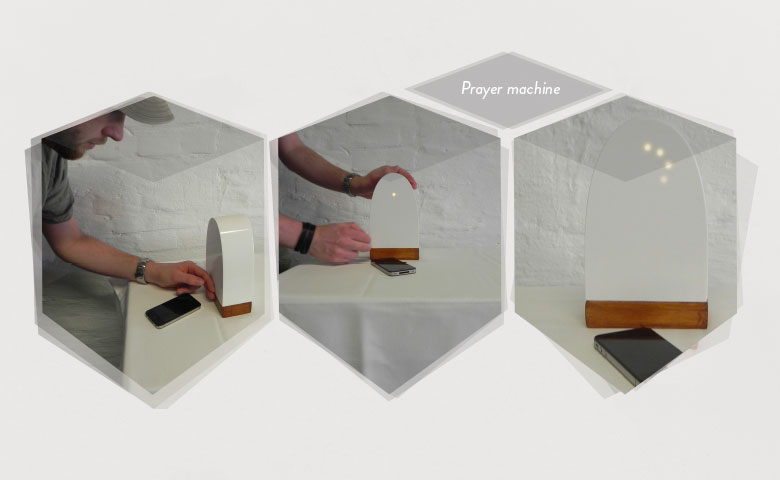 The prayer machine prays for a malfunctioning machine’s ‘health’ or for a defect machine’s transition to the kingdom come by a rosary prayer in binary code with radio waves.

The three machines, in contrast to the church’s splendour aesthetics, are reduced to a minimalistic shape, whereas their interior remains hidden from the eye. Neither are their functions recognisable, nor are there any cables, visible controls, or even output elements. They seem to be useless objects. A glance into the user’s manual then reveals their functions and how to employ them, respectively.

Intended for home use as well as in a ceremony, these machines provide services for personal (especially emotionally charged) and ubiquitary electronic devices fitted with an USB socket, i.e. smartphones or portable music players.

The Thesis is divided in theoretical and practical parts as well as documented in a book. Its format is 175 x 245 mm and consists of 74 pages, most being set in Dolly, Diamond and Avenir-Next font families. 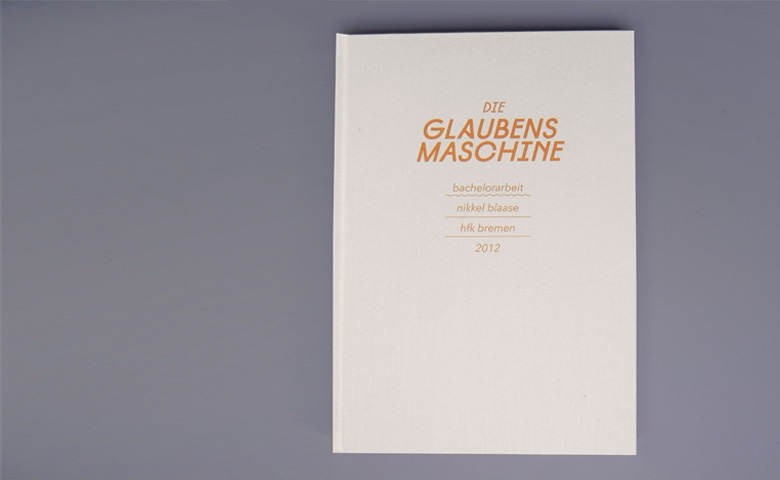 The Thesis was presented to an audience in line with a bachelor colloquium at Bremen University of the Arts. For more information please have a look at my presentation slides (available in german). 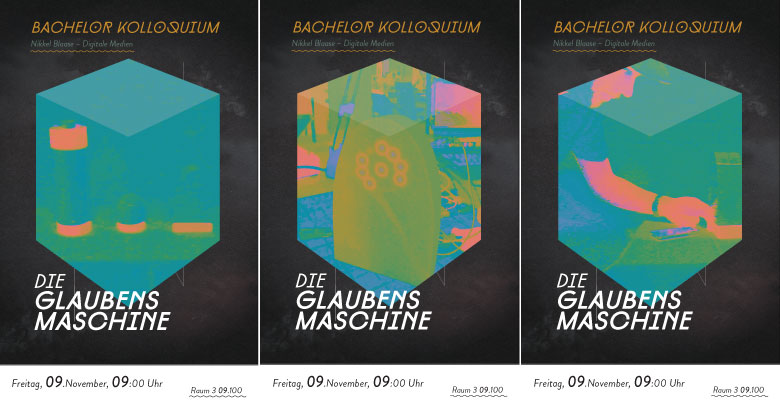 The project was exhibited in Out of the box – Best of HfK Design at Wilhelm Wagenfeld Haus Bremen. 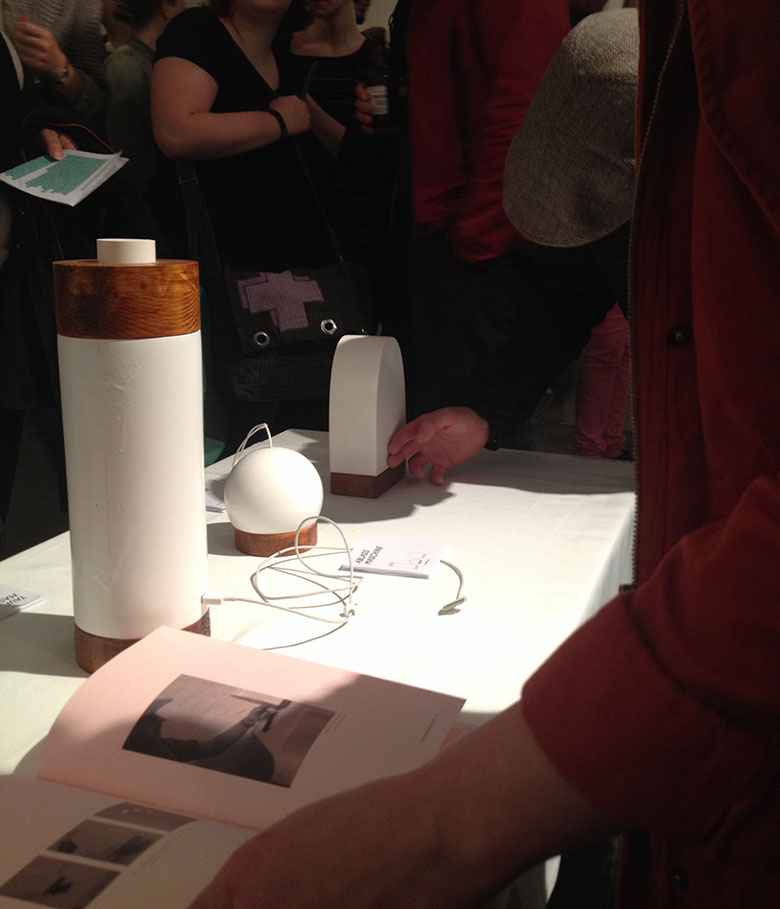 People interacting with the faith machines during the exhibition 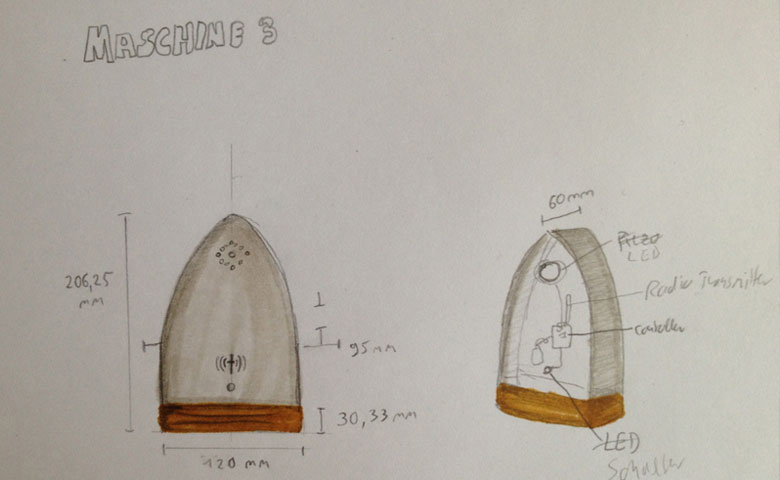 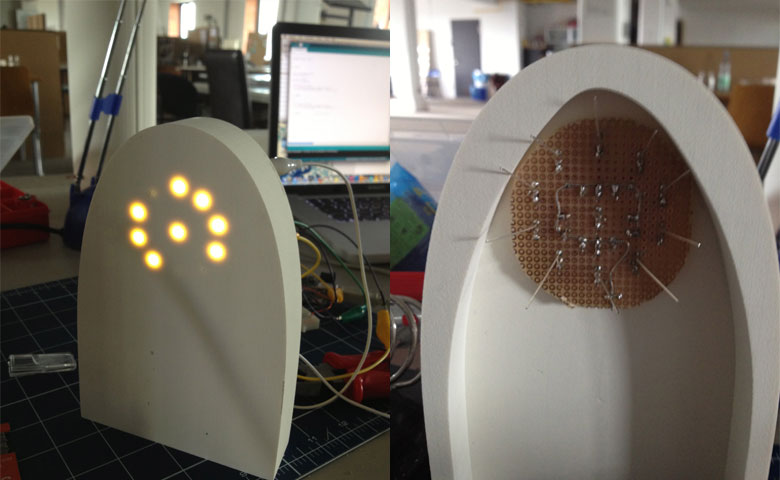 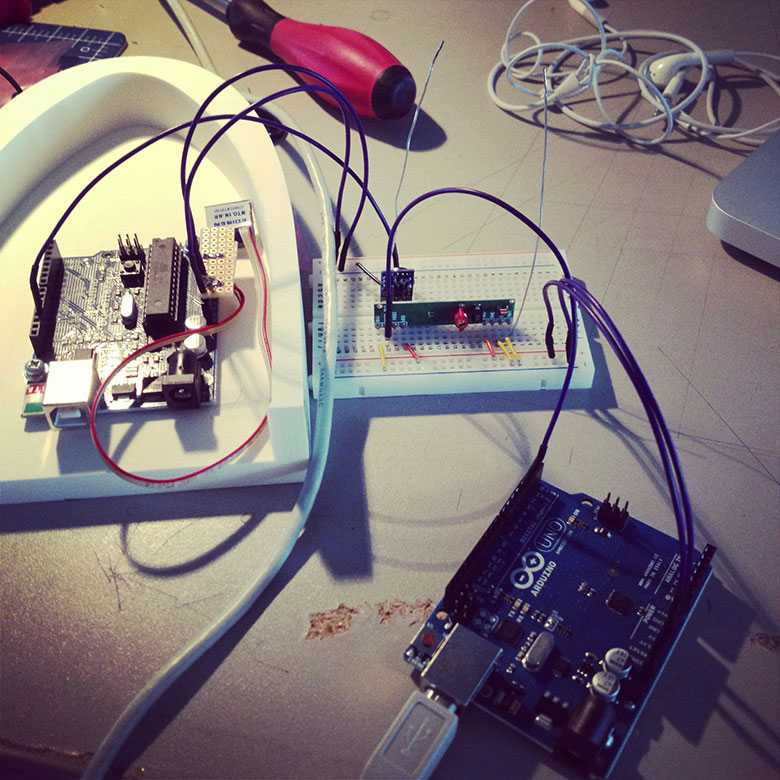 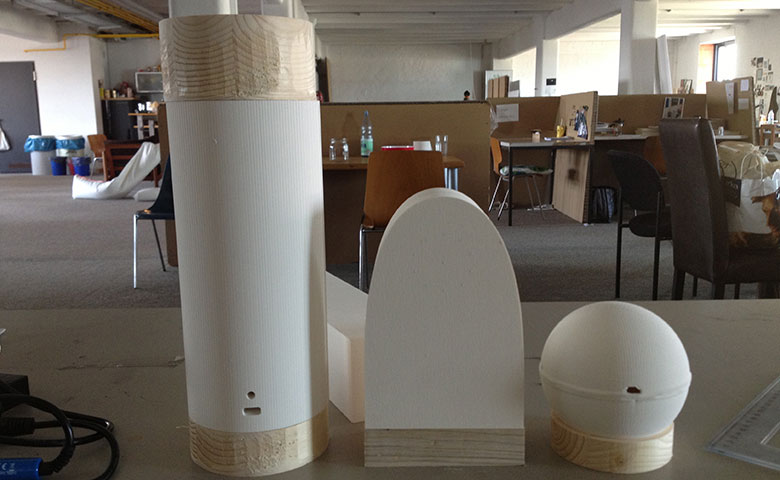 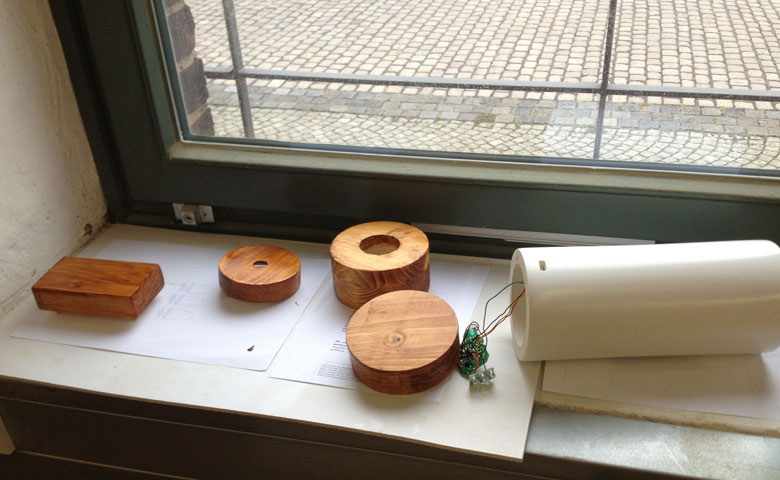 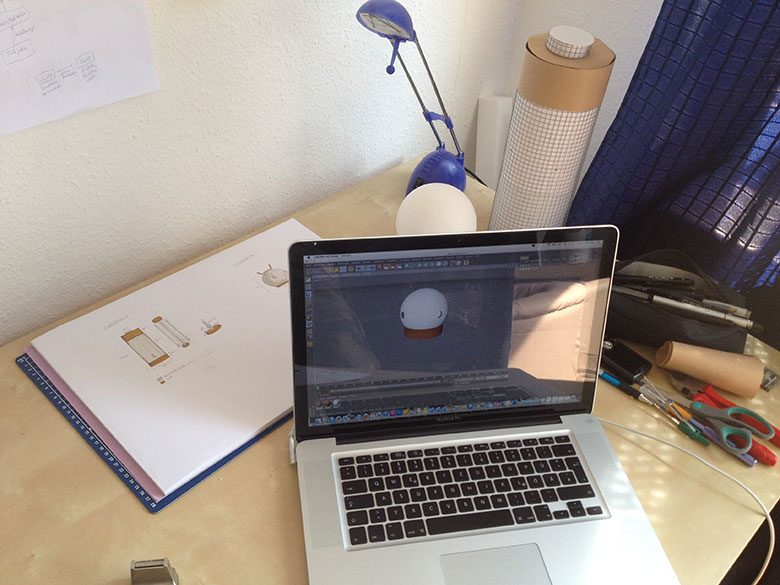 3D visualisation of the indulgence machine 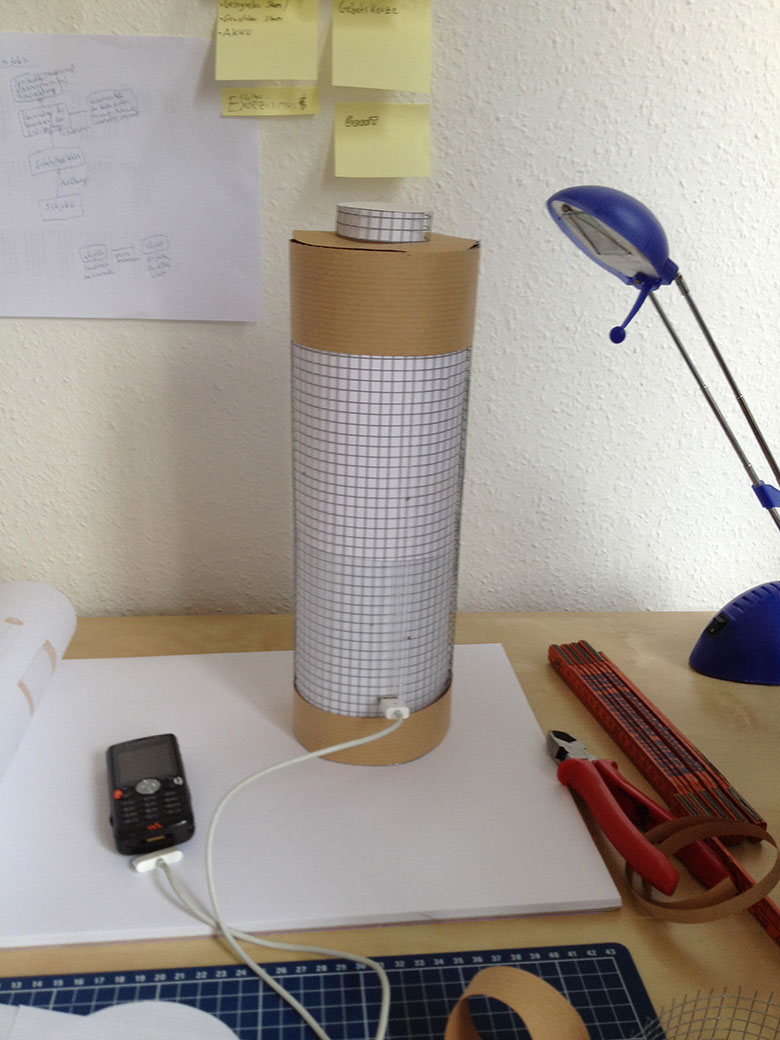 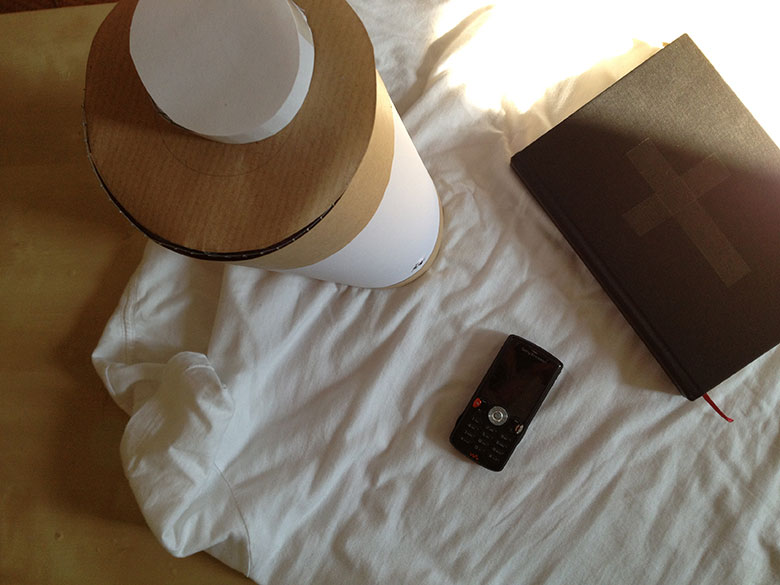